With the launch of iOS 14.5, Apple has finally rolled out its App Tracking Transparency (ATT) framework just under a year after it was first announced. As of...
by Usercentrics
Jul 1, 2021
CookiesIndustry News
Table of contents
Show more Show less
Book a demo
Learn how our consent management solution can improve privacy and user experience for your users.
Book now
Get your free data privacy audit now!
Oops, something is wrong with the URL. Please check again.

With the launch of iOS 14.5, Apple has finally rolled out its App Tracking Transparency (ATT) framework just under a year after it was first announced. As of late April 2021, app publishers must now obtain prior consent from users across iOS environments in order to gain access to the Identifier for Advertising (IDFA).

iOS users account for a market share of around 56 % percent of the North American market making this group highly significant for advertisers and app publishers.

What is the IDFA? Among other purposes, it links user data with Apple devices to enable personalized advertising. By using the App Tracking Transparency, Apple has created a technical barrier to user tracking for data collection, and also for the placement of customized ads.

Apple provides the accompanying pop-up for obtaining user consent, in the form of the App Tracking Transparency framework, leaving little room for publisher customization. Apple claims that it seeks to protect the privacy of its users and accepts the resulting irritation of advertisers and app publishers.

However, this measure not only has an effect on the advertising industry, but also the entire app ecosystem. After all, tracking often serves as a revenue stream for app developers so that they can offer their apps to users for free. If the “user data for free app usage” deal no longer works, the structure of Apple’s app ecosystem will be thrown out of balance.

In the following six scenarios, we explain what implications are to be expected and what marketers should definitely keep an eye on in the future.

This scenario forms the basis for all the other scenarios and isn’t far-fetched. Experts have already predicted that consent rates will drop, and the initial figures clearly point in this direction.

According to the analytics service provider Appsflyer, the proportion of US users who opt in via App Tracking Transparency is currently 40 percent. Appsflyer competitor Singular calculates the opt-in rate at around 16 percent, depending on whether direct contact was made with the dialog box. The reason for these apparent discrepancies between the two providers is that Appsflyer includes not only iOS 14.5, but also earlier iOS 14 versions, which permit an App Tracking Transparency query.

In other words, the truth lies somewhere in the middle. When looking at things globaly, analytics tool Flurry reports opt-in rates of 15 percent for consent worldwide.

However, the figures should be analyzed with caution, because iOS 14.5 is not yet widely distributed. Appsflyer cites an adoption rate of 68% , while Singular measures 19 percent. So about a quarter of American iOS users have already updated to the new system, which requires App Tracking Transparency. Nevertheless, users who opt-in for advertisers are definitely becoming rarer in the Apple ecosystem.

DEMO
Is your app privacy compliant yet?
We will explain how to monetize your app with Usercentrics’ CMP in a privacy-compliant way (GDPR, CCPA, LGPD). Achieve the highest possible consent rates – with a no-obligation, free personal consultation.
Book a consultation today!

If there is less advertising inventory available in apps that are linked to an IDFA (see 1.), then there is more competition for less space. This is because advertisers are keen to advertise in the most personalized way rather than randomly sprinkle their messaging. This, in turn, leads to higher ad prices.

However, this would mean that the total revenue from advertising on iOS devices will fall because the rest of the advertising space, which is not linked to an IDFA, predominates. Overall advertising will become cheaper, which should please advertisers whose goal is to generate as much reach as possible. But publishers who want to make money from their inventory are likely to be less pleased.

Scenario 3: You might have to pay for more apps

The above mentioned Scenario #2 has two direct effects, which become apparent in this scenario. App operators lose an income stream if they cannot track or deliver targeted advertising. As a result, apps that were once free could now come with a price tag to compensate for this loss of revenue.

What could occur is that the ads are no longer targeted, making them unsuitable for consumers’ needs and tastes. Without personalization, only untargeted advertising remains, meaning that consumers without kids would see ads for baby milk instead of products or services that might actually be of interest.

Far more problematic, however, is the lack of performance measurement. If the advertiser doesn’t know who has already seen an ad, let alone whether someone has bought something as a result, this can lead to the continuous firing of ads. Even more so as meaningful retargeting without ID is impossible.

For reasons already mentioned, brands could move their budgets to competitive platforms, like Android. This in turn would further escalate Scenario #3. Android ecosystems (for the time being) allow the use of Google’s identifier MAID, and thus advertising as usual.

Now that Google has indicated that it is internally discussing measures similar to Apple’s, the company has also announced changes to accessing its advertising ID. But while Apple has an opt-in procedure for tracking, Google relies on an opt-out in the system settings. Therefore, opt out rates would likely be nowhere near as high as in iOS environments. Important to note is that Google is not going as far as Apple in leaving advertisers without “substitutes”. Alternatives for analytics and attribution for Android are already in the pipeline and should arrive in July.

Whether measures will be made even more strict is currently unclear, but not improbable. After all, experts assume that the mobile ID, like the third-party cookie, will become a discontinued model for advertising.

With the release of iOS 15 in September 2021, advertisers will be able to get data regarding postbacks or mobile app install validations directly from Apple’s SKAdNetwork, instead of having to go through a registered ad network.

What is SKAdNetwork in the first place?

SKAdNetwork is Apple’s privacy-friendly attribution API for mobile app downloads. It’s the only solution in the Apple ecosystem for devices that have not opted in to the Identifier for Advertisers (IDFA). It attributes mobile app installs to an advertising campaign, but unlike IDFA, it does not expose user- or device-level data. Interestingly, when Apple’s AppTrackingTransparency (ATT) framework went into effect at the end of April 2021, advertising giants like Facebook and Google were ultimately forced to support SKAdNetwork.

Until now, SKAdNetwork has not been a viable alternative to IDFA for marketers, because of the limited amount of information that can be accessed. The upcoming iOS 15 changes still entail more limitations than was the case pre-ATT, but they are nevertheless a welcome opportunity for advertisers who want to optimize their measurement and attribution in the Apple ecosystem as best they can.

Bonus scenario: everything stays as it is

This theory is highly unlikely when looking at the initial figures. But at least the targeting providers are already developing new, context-based solutions, which according to their own statements, are supposed to work even better than the “classic” ones. So one thing is certain: when given lemons, the advertising ecosystem will (eventually) make lemonade.

Attention: ATT consent is not the same as GDPR consent!

Apple’s query for tracking has little to do with the consent needed for personal data processing as required by the GDPR. This requires a second query window.

In order to be able to collect and process user data in compliance with the GDPR, an additional query is required to obtain legally compliant consent. Ideally, this job is performed by a Consent Management Platform (CMP), which then triggers the corresponding dialog fields in the optimal sequence.

Learn more about how app operators can monetize their apps in a privacy-compliant manner in the era of Apple’s new privacy features. Take a look at our Knowledge Hub.

Are all app operators equally affected?

App operators who utilize user data (tracking) as a basis for monetizing their applications will be affected, as will those who place personalized advertising in their apps. This is because in order to merge data, access to the IDFA is also necessary.

As an app operator, what can I do to prepare? What should I avoid?

If the IDFA is accessed, whether due to tracking or personalized advertising, consent must be obtained at the technical level using the App Tracking Transparency framework provided by Apple. In addition, advertising partners’ SDKs should be updated.

On a strategic level, app operators need to consider how to formulate a suitable request to convince users to opt in. Otherwise, all that’s left is untargeted, non-personalized advertising that generates less revenue for their business.

What happens if I don't take action?

Anyone who disregards these rules risks being banned from the App Store.

Those who haven’t really taken the time to look into the topic of Consent Management need to do so now. Data protection is here to stay and is by no means limited to the app world. With Apple Track Transparency, Apple is proving that the decision regarding what happens with user data belongs in the hands of the users themselves. 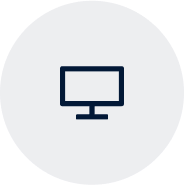 Tune in for the latest on data privacy!
Feel like you're missing out on the latest in privacy policy, legal or tech issues? Tune in every other week to learn what you need to know about these topics and more.
Sign up now!
Home Resources Article Apple's App Tracking Transparency: 7 upcoming scenarios

Hamburg Data Protection Officer calls for Google to fix unequal access to consent and enable a “reject all”...